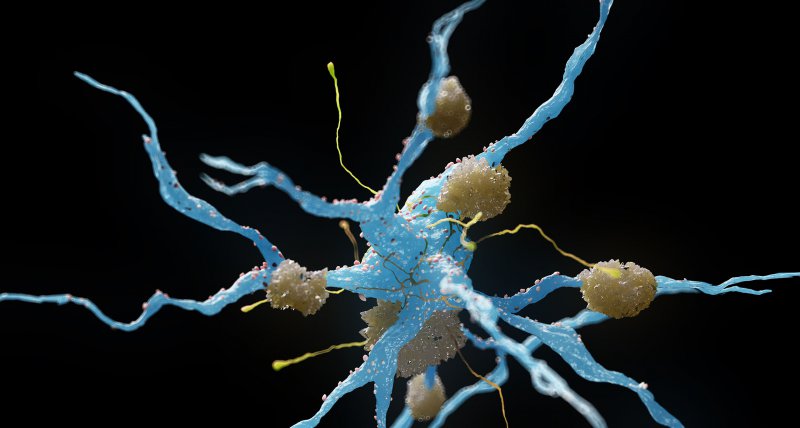 Tübingen – Preclinical studies indicate that disease-related altered CSF proteome contains candidate biomarkers in neurodegenerative diseases. In the case of Alzheimer’s and Parkinson’s, additional diagnostic options would be desirable, for example for patient risk stratification and for monitoring the efficacy of therapeutic agents.

Due to the significant genetic heterogeneity and comorbidities, such analyzes are difficult to implement in human cohorts. In contrast, genetically defined mouse models show minimal individual variability or other confounding factors.

Therefore, the Tübingen researchers looked for molecular biomarkers in the cerebrospinal fluid proteome of corresponding mouse models for diseases such as Alzheimer’s or Parkinson’s in order to draw conclusions about dynamic inflammatory processes in the brain in neurological diseases (PNAS 2022; DOI: 10.1073 / pnas.2119804119).

Using modern measurement techniques such as LC-MS (liquid chromatography-mass spectrometry), it was possible to analyze more than 600 candidates.

“We found that the concentration of 25 proteins was different in both mouse models compared to healthy animals of the same age,” explains study author Stephan Käser of the Hertie Institute for Clinical Brain Research at the University of Tübingen.

It was surprising that 20 of these proteins came from or could be associated with glial cells, which are also found in human liquor. The study authors conclude that a glial protein panel of cerebrospinal fluid was identified that largely corresponded to transcriptomic changes or brain proteopathies.

For example, the identified proteins show similar changes to those seen in Alzheimer’s patients, which underlines their relevance as biomarker candidates in the glial activation phase in patients with neurodegenerative diseases.

The finding that transcriptome changes at the cellular level result in corresponding changes in the cerebrospinal fluid proteome is of clinical relevance and supports further research in this area, the researchers suggest.

The biomarker candidates discovered provide the basis for using inflammatory reactions in CSF as biomarkers to optimize patient care. The identified panel of cerebrospinal fluid proteins has the potential to differentiate and monitor neuroinflammatory disease states in humans, they conclude. © cw / aerzteblatt.de