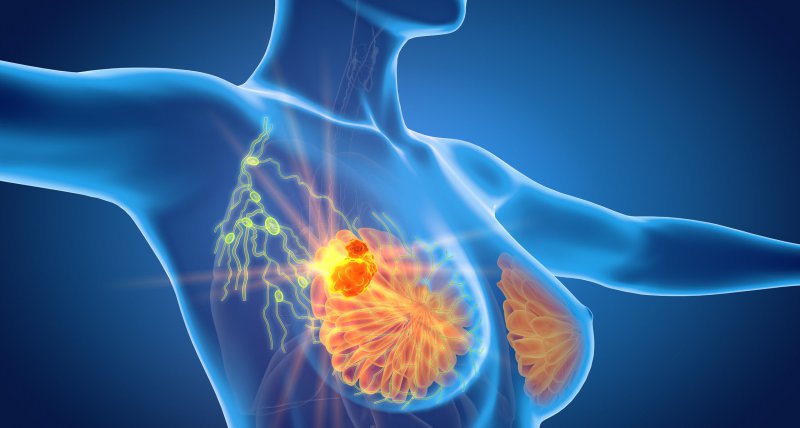 Zurich – Breast cancer cells are apparently postactive. The number of circulating cancer cells in the blood was in one study a Nature (2022; DOI: 10.1038 / s41586-022-04875-y) was the highest in mice and patients during the rest period. This could have implications for cancer therapy.

When and why cells detach from a cancerous tumor, actively make their way into the bloodstream and then metastasize to other parts of the body is largely unexplored, although this process significantly affects the prognosis of cancerous diseases.

For several years it has been possible to detect circulating cancer cells (CTCs) in the blood of patients and cancer research is currently discussing whether the detection of CTC can be used as a biomarker for therapy planning (for which the detection of free nucleic cells from acidic cells is currently the simpler alternative).

A team led by Nicola Aceto from the ETH Zurich examined the phenomenon in mice, where it was just the opposite. In nocturnal animals, blood CTC increased during the resting phase during the day, and significantly fewer breast cancer cells were found in the blood during the night.

Genetic analysis of cancer cells using single-cell RNA sequencing revealed that some genes that promote cell division are mainly active in mice and breast cancer patients during the resting phase. This suggests that cancer growth also progresses more rapidly at night than during the day.

The researchers found that key circadian rhythm hormones such as melatonin, testosterone and glucocorticoids dictated the growth dynamics of the cancer.

The study findings have immediate implications for studies examining the value of CTC in breast cancer prognosis. Taking blood at different times of the day could falsify the results. New approaches to research may arise. Inhibition of circadian activation of tumors could open up new possibilities for preventing the formation of metastases. © rme / aerzteblatt.de