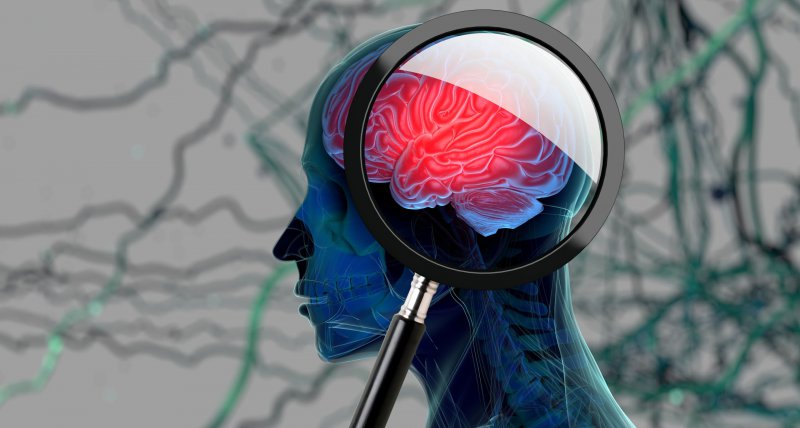 LONDON – Noradrenergic drugs, such as those used to treat ADHD (attention deficit hyperactivity disorder), depression or hypertension, can also improve some key Alzheimer’s symptoms. This is the result of an aggregate analysis of the data available online in the Journal of Neurology Neurosurgery and Psychiatry has been published (JNNP 2022; DOI: 10.1136 / jnnp-2022-329136).

“There is good evidence that drugs with primarily noradrenergic effects may be successful in reducing cognitive symptoms and apathy in Alzheimer’s disease patients,” write the authors, led by Michael David of Imperial College London and colleagues.

Noradrenergic drugs increase the synaptic availability of the neurotransmitter noradrenaline, which is released by a network of specialized noradrenergic neurons. This network is critical for arousal and many cognitive processes such as attention, learning, memory, action, and suppression of inappropriate behavior.

The noradrenergic system as a new target for therapy

Noradrenergic dysfunction occurs early in the course of Alzheimer’s disease, contributing to the cognitive and neuropsychiatric symptoms that characterize the disease. This suggests that the noradrenergic system would be a good target for drug therapy.

David and his colleagues searched standard medical databases for clinical studies published between 1980 and 2021 that used noradrenergic drugs such as atomoxetine, methylphenidate, and guanfacine to improve cognitive and / or neuropsychiatric symptoms in people with neurodegenerative diseases.

Finally, they included 19 RCTs with a total of 1,811 patients in their analysis focusing on Alzheimer’s and mild cognitive impairment. They rated the quality of 6 studies as “good”, 7 as “fair” and 6 as “poor”.

They pooled the results of 10 of these studies – for a total of 1,300 patients – to evaluate the effect on global cognition: orientation / attention, memory, language fluency, language and visuospatial skills.

The analysis revealed a small but statistically significant positive effect of noradrenergic drugs on global cognition, as measured by the Minimental State Examination or the Cognition subscale of the Alzheimer’s disease rating scale.

In order to evaluate a possible effect on neuropsychiatric behavior and symptoms, as well as agitation and apathy, they pooled the results of 8 clinical studies with a total of 425 patients.

This analysis revealed a large positive effect of noradrenergic drugs on apathy, even after excluding outliers to account for differences in study design and expected endpoints (SMD 0.45 [95-%-KI 0,16-0,73]; p = 0.002).

The possible reuse of established drugs should be investigated

However, according to David and his colleagues, several factors should be considered when designing future studies. Appropriate patient subgroups should be selected for studies. It is also crucial to understand the dose effects of individual drugs and their interactions with other therapies. This is the only way to minimize the risks and maximize the therapeutic effects. © nca / aerzteblatt.de