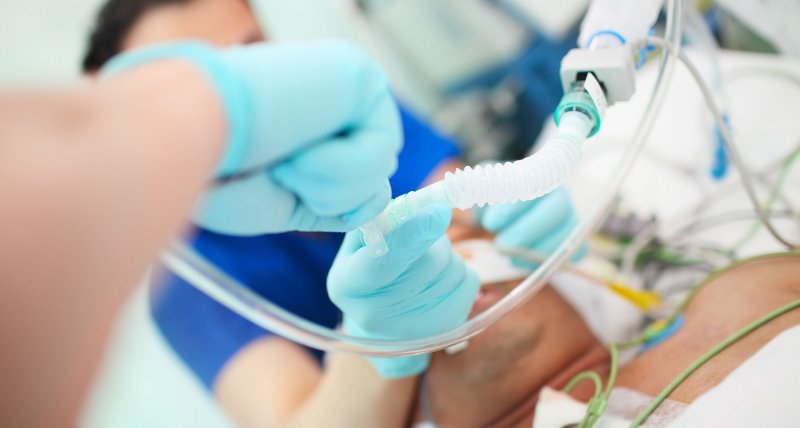 BIRMINGHAM – An intravenous bolus of fluids does not appear to protect critically ill patients undergoing endotracheal intubation in the ICU from cardiovascular collapse. This is the result of a randomized study with over 1,000 patients from the USA, the results of which are published in JAMA have been published (2022; DOI: 10.1001 / jama.2022.9792).

“Endotracheal intubation of critically ill patients often causes circulatory failure due to insufficient perfusion, increasing the risk of cardiac arrest and death,” said lead author Derek W. Russell of the Division of Pulmonary, Allergic and Critical Medicine Alabama of the University of UC Heersink School of Medicine in Birmingham and its co-authors.

It was unclear whether intravenous administration of a liquid bolus could prevent severe hypotension, cardiac arrest and death.

The clinical study enrolled 1,067 critically ill adults in 11 US intensive care units. They were endotracheally intubated under sedation and positive pressure ventilation. They were randomized to receive either 500 mL of intravenous fluids (538 patients) or no fluid bolus (527 patients).

The secondary endpoint of the study was the incidence of death in the first 28 days after intubation or until hospital discharge. A total of 1,065 patients were included in the primary analysis. They had an average of 62 years, 42% were women.

No significant differences between the groups